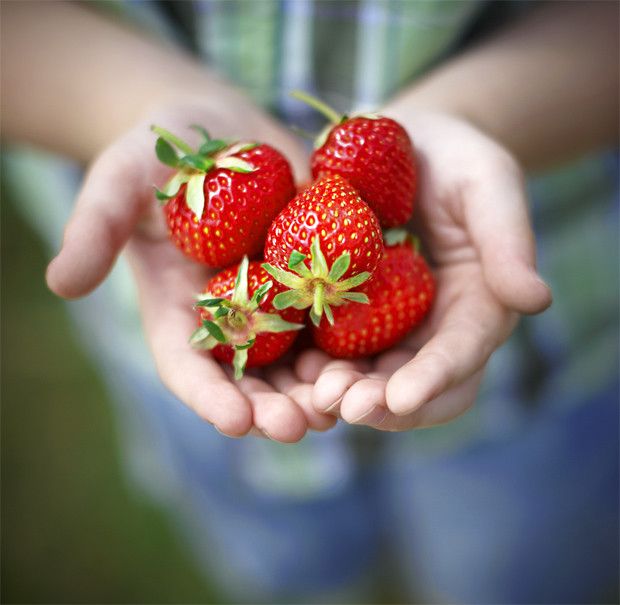 If you never read any of our posts all year, read this one!  The yearly release of the Dirty Dozen and Clean Fifteen report is a list of which foods have the most and the least pesticide residue and will save you money all year.  Who doesn’t love that?

Since I’m in New York so often, I’m constantly assaulted by organic food prices here. And when I say assaulted, I really mean assaulted!  $8.99 for organic blackberries?  $4 for one organic avocado?  $5 for one head of organic cauliflower?  And even if I did spend $4 for that sad looking bunch of kale–  four wilted leaves won’t get me far.

“The Environmental Working Group released the 2017 edition of the Shopper’s Guide to Pesticides in Produce, also known as the “Dirty Dozen.”

The guide is based on analysis of the U.S. Department of Agriculture’s Pesticide Data Program report.

“Eating plenty of fruits and vegetables is essential no matter how they’re grown, but for the items with the heaviest pesticide loads, we urge shoppers to buy organic,” Sonya Lunder, EWG senior analyst, said in a news release.

The group identified the following items on its “Dirty Dozen” list of produce with the most pesticide residue:

The group also identifies the “Clean 15” or items in the report with the least likelihood to contain pesticide residue:

Of course, if you can buy organic all the time it’s ideal, but sometimes it’s just too much money, like I always say pick and choose your battles.

Here’s to the day New York City produce looks, tastes and costs just like the produce at Berkeley Bowl!

What you shouldn't eat if you have FIBROMYALGIA!

Is this the year to get the flu vaccination?