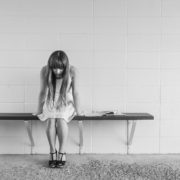 "I Am Awakening" Key Lime Pie for the Holidays

Nurturing your body the Chinese way during the Fall season

What to do and what NOT to do until February 28th! (Berkeley Acupuncture)
0 replies

Something to warm you up and boost your fertility at the same time! Part 1: Acupuncture can stop you from aging. Period. (Berkeley acupuncture...
Scroll to top