Is it GMO, Organic or Conventional? 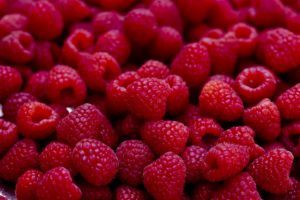 Even though consumers are against having GMOs in their food, supermarkets still seem to carry them and some of those ways are quite sneaky.

Here’s some things to know:

Any food that says USDA Organic or Non-GMO Project Verified seal can still contain less than 0.9% GMOs.  I’m not sure if that is good news or bad news.  It means there’s still GMOs present, just not over 1%.  You decide how far down the rabbit hole you’d like to go.

Most people know that Corn and Soy are the major GMO crops in the US.  Corn is heavily modified with the exception of popcorn, check your labels on everything, granola, cereals, baking goods, tortillas, tortilla chips, soy milks, infant formula, veggie burgers, etc.   If a label says it contains just Corn or just Soy and not Organic Corn or Organic Soy, then it’s safe to assume its GMO.

In the US, virtually all canola oil is from genetically modified crops.

Avoid Beet Sugar, which is found in cereals, soups, yogurt, breads, it is 99% GMO, instead find products with evaporated cane sugar or organic sugar.

Get used to reading your bar codes:

If there are only four numbers in the PLU, this means that the produce was grown conventionally or “traditionally” with the use of pesticides. The last four letters of the PLU code are simply what kind of vegetable or fruit. An example is that all bananas are labeled with the code of 4011.

If there are five numbers in the PLU code, and the number starts with “9″, this tells you that the produce was grown organically and is not genetically modified. An organic banana would be: 94011

So in a nutshell:

Hopefully these tips help you navigate around the supermarket a little better, if you’re interested in doing a total overhaul on your eating with the added bonus of a detox, join our annual Tao to Wellness Elimination and Detox program every Spring, go here for more details.