In Western medicine, the jury is still out on whether acupuncture delivers health benefits. But now, a new study adds further evidence of its worthiness, as scientists have shown a direct connection between acupuncture and physical mechanisms that heal sepsis, a common condition in hospital intensive care units that springs from infection and inflammation.

The researchers, from Rutgers New Jersey Medical School, published their results in the journal Nature Medicine.

They note that sepsis causes around 250,000 deaths in the US each year, making it a major cause of death.

Although acupuncture has been practiced for thousands of years in Eastern countries, it is relatively new to Western medicine. The technique works by stimulating specific points on the body with tiny needles that penetrate the skin.

Researchers from this latest study say they already knew that stimulating the vagus nerve – a major nerve in the body – activates mechanisms in the body that reduce inflammation.

As such, they tested whether electroacupuncture – a form of acupuncture that involves sending a small electric current through the nerves – reduces inflammation and organ injury in mice with sepsis. This type of electrification has been approved by the FDA for treating pain in humans.

Half of septic mice who received electroacupuncture survived

By increasing the electrical current, Ulloa explains that it heightens the effect of needle placement. As predicted, when they performed the electroacupuncture on septic mice, the researchers found that cytokines – molecules that help reduce inflammation – were stimulated.

In mice, the researchers demonstrated that treating the body with acupuncture stimulates cytokines, which help reduce inflammation, reducing deaths from sepsis.

Though they were pleased with their results, upon further investigation into why the acupuncture worked so well, Ulloa and his colleagues found that when they removed adrenal glands, which produce hormones in the body, the electroacupuncture stopped being effective.

This finding initially dashed their hopes for using this technique in humans because most human sepsis cases carry with them reduced adrenal function. Though electroacupuncture might help a small number of patients with functioning adrenal glands, it would not work in many others.

Not deterred, the scientists looked into the anatomical changes that took place when the technique was carried out with fully functional adrenal glands.

They found these changes included raised levels of dopamine, which is a neurotransmitter that influences the immune system. However, simply adding dopamine by itself did not help reduce the inflammation.

It was not until they used a drug called fenoldopam – which mimics the effects of dopamine – that they were able to succeed in reducing deaths caused by sepsis by 40%.

Potential treatment for other inflammatory diseases

The team notes that, even without acupuncture, fenoldopam was able to achieve the reduction in deaths.

They say their findings are significant because they provide evidence of acupuncture’s benefits beyond what has been shown before, and they also show uses for treating other inflammatory diseases besides sepsis, such as rheumatoid arthritis, osteoarthritis and Crohn’s disease.

Additionally, they say they have provided a potential avenue for developing drugs for humans that could reduce sepsis deaths. Because there is currently no FDA-approved drug to treat sepsis, Ulloa says this finding is advantageous.

Christina Martin is the founder of Tao to Wellness. She is an Acupuncturist, Chinese Herbalist and Teacher and has been in practice for fifteen years.  She holds a Master’s Degree in Traditional Chinese Medicine and is a fellow of the American Board of Oriental Reproductive Medicine.  Christina entered Acupuncture school without ever having an Acupuncture treatment. She simply felt it was her calling. 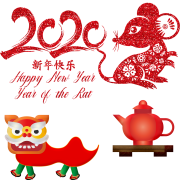 Is this the year to get the flu vaccination? Insomnia and Acupuncture (Berkeley Acupuncture)
Scroll to top