What’s a girl to do?  There are so many diets out there and I’m not referring to fad diets necessarily.  Just different ways of eating that work for different body types.  How to choose… 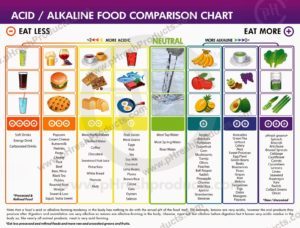 I personally have been on every single diet known to man (or woman) including the fad ones.  Here’s what I came up with; eat what makes you feel good, eat what makes you feel alive and energetic.  Case in point, I did Whole30 a few years ago (basically paleo, no dairy, alcohol, sugar, grains) and by day 25 I looked like I was ready for a coffin, I was so tired I could barely keep my eyes open.  Finally our acupuncturist, Nikole Maxey looked at me and said, “Why don’t you have just a little bit of rice?” What a brilliant idea, I was so hell bent on doing it right, and I obviously wasn’t thinking straight.  I ate rice and my energy perked up immediately.  So, Whole30 as wonderful as it is, is not for me.  I also gained weight during those 25 days which again is not the norm for that particular diet.

I’ve seen many patients over the years with exactly this profile, vegetarians/vegans with severe fatigue and high cholesterol.  To be clear, I’m not a proponent either way of paleo or vegetarianism, I’m just more interested in a diet creating health and optimum balance for that patient.  People think that high cholesterol is a marker showing too much red meat and rich foods, it can be, but it’s not the only way to get high cholesterol.  From a functional medicine perspective, it can also be from too many carbs, not enough protein, so the body is deprived of amino acids for balanced brain chemistry, the thyroid isn’t regulated, the detoxification of the body is off and so on and so on, hence the body creates too much cholesterol.  The fix I found; is Eggs.  Eggs always seem to the harmless first step for vegetarians and vegans since so many choose that diet for moral reasons as well.  I’ve also seen vegetarian patients eventually go Paleo all the way and they are feeling great.  As the Dalia Lama says, “If you can, vegetarianism is the best way to go from a spiritual standpoint, but if protein is what your body needs, that’s fine too.”  The Dalai Lama does eat meat now due to the urging of his Ayurvedic physician.

I’ve also had a patient who was on a fad shake diet, shakes for breakfast and lunch and then a sensible dinner, doesn’t sound too horrible, right?  The kicker was it had to be absolutely NO FAT, none at all, zero, nada, zilch.  What do you think might have happened?  She lost weight quickly, over a hundred pounds actually, but as the months went on her system grew dry.  What that means, is achy joints, muscle pain everywhere, restless legs at night, arthritis type symptoms when she woke in the morning and even worse because she wasn’t getting any fats her brain was suffering and so was her sleep.  We got her off that diet and got her on some good fats like olive oil, coconut oil and rice bran oil.  And although some of the weight has returned she is feeling great now!

So, what to choose?  The answer: What feels good!  Obviously, all diets (fad or not) will agree fast food, white flour, cookies, pastries, fried, etc are not good for you.  Start by omitting those and see what makes you feel good otherwise!  It takes a fair bit of awareness, but I think when you take some of the ‘crap’ out, you’re able to get a clearer picture of what’s working and what’s not.  Some people thrive on Paleo, some Veganism while others do a modified version of the two, no two bodies are alike.