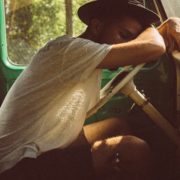 Monica is a videographer and she mostly shoots documentaries.  Her latest project is shooting the homeless and drug users of the Tenderloin in San Francisco, this means she is up at ALL hours.  True, her fatigue set in way before this project, but the project is certainly making it worse.

Monica has experienced fatigue for years now.  She wakes up bone tired and unmotivated and when nightfall comes, she actually perks up and can’t fall asleep until 1am.  The first thing we did for Monica was run an Adrenal Stress Index.  I wanted to see what her cortisol’s circadian rhythm was doing.  Cortisol should be high in the AM hours and at it’s lowest in the middle of the night.  If patients are having trouble waking or sleeping, this is a place we look first. Sure enough, cortisol was one part of the problem, her levels were sky high at night, no wonder she couldn’t sleep.  The other issue, that was working in the background was, her resources were exhausted.  We needed to strengthen her system and fill her resources from the inside out.  When a patient is experiencing fatigue it’s like their system is deficient, sort of like a bank account.  We need to bring them up out of the red, to zero and then beyond.  Depending on the severity of the situation, it can certainly take some time.  We supplemented her accordingly and gave her Chinese herbs, she also received acupuncture twice a week to start and in two weeks she went down to once a week for four sessions.  Right from the beginning, she slept like a champ the night OF her acupuncture session, so that tells us she was responding but her body wasn’t able to hold on to the session that long.  With every two sessions, she gained another night of sleep.  When four weeks passed, she was sleeping throughout the night and we were able to put her on a conditioning protocol of acupuncture every two weeks.  Because she finally managed to sleep, we were able to put ‘resources’ back into her body and her energy came up to a normal level.

Sleep is one of those things in Chinese medicine that we take very seriously.  We believe eight hours of sleep revitalizes ones righteous Qi from the inside out and waters longevity to a good healthy life.

Christina Martin is the founder of Tao to Wellness. She is an Acupuncturist, Chinese Herbalist and Teacher and has been in practice for fifteen years.  She holds a Master’s Degree in Traditional Chinese Medicine and is a fellow of the American Board of Oriental Reproductive Medicine.  Christina entered Acupuncture school without ever having an Acupuncture treatment. She simply felt it was her calling. 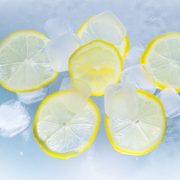 New research validates acupuncture and it's role in treating inflammation