Side Effects of Antidepressants

Antidepressants are some of the most widely prescribed drugs in the United  States. According to a study conducted by researchers from the University of  Columbia and University of Pennsylvania and published in the Archives of General Psychiatry, their use doubled between the years of  1996 and 2005. And with such wide use comes many side effects of antidepressants.
I am willing to bet the statistics are actually much greater than that. 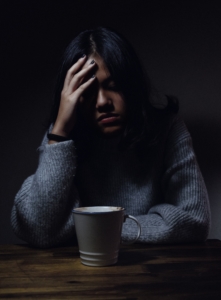 For most of her life, My mother suffered from Depression. In desperate need of help, she went to a variety of doctors in search of answers. They all gave her the same response- take this pill. She tried a variety of antidepressants. Every once in a while, it seemed like there was a little improvement. Unfortunately, for the most part, the pills changed her, and not the depression itself. I’ve known many different versions of my mother, depending on the current anti-depressant she was taking.
The side effects are common and can be severe. Indeed, many antidepressants can  actually worsen depressive symptoms and even increase a person’s risk of  suicide. Unfortunately this was the fate of my mother.  Just a few weeks after switching medications, she took her life. There was no doctor there to monitor the changes the new medicines created, nor a pharmaceutical representative to witness and conclude, “Hey, this medicine isn’t working.”
Recent studies have called the overall effectiveness of  these drugs into question. For example, a meta-analysis published in the  Journal of the American Medical Association in 2010 concluded that both older (tricyclic) and newer (SSRI) antidepressants are no more effective than a  placebo, and are significantly less effective than talk therapy. Notably,  antidepressant drugs are least effective in patients with less severe  depression, the very population in which acupuncture is most helpful.
A growing body of research suggests that acupuncture may be a safe alternative  to psychiatric drugs for those suffering from depression and anxiety. Read More…
If you know someone who suffers from depression and anxiety, introduce them to the world of acupuncture. You may indeed help save their life!
Much Love,
Amanda Self
Amanda Self  wears a variety of hats at Tao To Wellness. From Social Media to Medical Billing, she brings healing energy to all that she touches. Amanda is a Reiki Master, a jeweler and is currently studying Herbalism, both in the classroom and out in the fields.
http://www.naturalnews.com/040613_acupuncture_depression_antidepressidents.html
September 13, 2013/0 Comments/by data importer+
https://www.berkeley-acupuncture.com/wp-content/uploads/2017/10/logo-jan9-new4.png 0 0 data importer https://www.berkeley-acupuncture.com/wp-content/uploads/2017/10/logo-jan9-new4.png data importer2013-09-13 07:01:502020-07-06 17:11:54side effects of antidepressants

Part 2: Acupuncture can stop you from aging. Period. (Berkeley acupuncture)

THE 5 foods that can boost your FERTILITY! 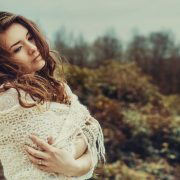 PCOS Through an Fertility Acupuncturist's Lens

Nurturing your body the Chinese way during the Fall season