The role of Acupuncture and Ovarian Stimulation

Utilizing traditional Chinese techniques, such as Acupuncture and Chinese Herbal Medicine have not only become popular, but ironically mainstream. As a senior practitioner, I recall just 15 years ago being penned a ‘witch doctor’ and now I’m in communication and working synergistically with doctors on how to best serve our patient population. We’ve come so far and for me, it’s very exciting. As for the fertility world, I’ve witnessed the practice of combining Acupuncture and ART grow immensely in the last 5 years and with good reason. There have been worldwide research studies showing the benefits of Acupuncture and the ART cycle. Studies have shown the efficacy of Acupuncture in increasing blood flow to the uterus, assisting in sensitizing patients to IVF medications, normalizing hormones and hypothalamus function, inducing ovulation and an increase in pregnancy rates with administering needles pre and post transfer.

But to understand how it works, requires the minimal basics of Chinese Medicine, hence, understanding the properties of Yin and Yang. One could dictate everything in our world into Yin or Yang. Nights are Yin, days are Yang. Cold is Yin, Hot is Yang. Meditation is Yin, Cardiovascular Exercise is Yang. Blood and body fluid are Yin, Qi or energy are Yang. The act of ovarian stimulation is the ovary (Yin) being stimulated by Qi or IVF medications (Yang) for growth. But the key is beginning with a truly, proper Yin environment for the ovary, follicles and oocytes (eggs) to flourish. Patients will then respond to medication properly (being a ‘good responder’) and conception can be achieved. Acupuncturist, Jane Lyttleton says that optimum Yin levels are an important requirement in optimum fertility. Yin is essentially the fluid nourishing the egg inside the follicle in the ovary and the cervical mucus in the uterus. Therefore, the aspect of follicle development and the plentitude of cervical mucus are all aligned with the nature of Yin. If the environment is amiss, response during the cycle will be a challenge. 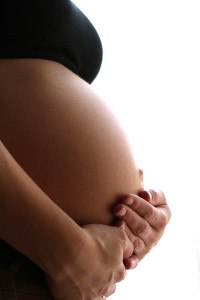 As you can see, on a micro level, Yin is of the utmost importance. And so it is on a macro level as well. One of the biggest reasons for fertility challenges in the West is due to a deficient Yin constitution. What causes Yin to decline or become deficient in women? Working long hours, a diet high in sugar or processed foods, rushed eating, over and undereating, inadequate sleep, too little exercise, drug abuse (this includes caffeine, nicotine and alcohol), multiple pregnancies (which can exhaust the resources) or loss of large amounts of blood or body fluids (heavy, prolonged periods). Yin starts declining at age 30 naturally, but not to worry, in Chinese theory, as long as one has a menstrual cycle there is no reason for the inability to conceive.

A women’s reproductive system is very much like a garden. The uterus being the soil, the ovaries like trees, the follicles and eggs like fruit. If you had an orange tree planted in your garden and you never tended to it what would the health of the orange tree be? Without the proper water, sun or fertilizer would it thrive? What is the soil like? Would it bear fruit? Chinese medicine helps deliver all the essentials needed to you’re reproductive system so that it can thrive and become ready for pregnancy.

From a Western point of view, it is proven that blood flow impedance in the uterine arteries is associated with a decreased pregnancy rate following IVF embryo transfer. Since successful in-vitro fertilization and embryo transfer demand optimal endometrial receptivity at the time of implantation a study was done to see if Acupuncture could actually increase blood flow to the uterus. The study used Electro-acupuncture for two treatments a week for four weeks. The uterine blood flow was measured by transvaginal ultrasonography and pulsed Doppler curves before, after and then 2 weeks after treatment had ended. The result was a calculated and noticeable increase of blood flow to the uterus directly after 4 weeks, but more astounding to doctors was that when the patients were retested 2 weeks later (without treatment) the blood flow remained consistent as it was directly after the treatment protocol.

Another study, Improving Ovarian Response to Gonadotropins with Acupuncture was a randomized study evaluating acupuncture as an adjunct to in-vitro fertilization and was published in Fertility and Sterility. This study, a randomized, controlled double blind crossover pilot trial was performed using a needle like device (sham acupuncture) as a control in the Sham group and obviously, typical Acupuncture in the Standard group. The mean age was 36.2 years and the mean Day 3 FSH was 6.8, other criteria were both ovaries present and a normal uterine cavity, exclusion criteria was Kruger sperm morphology of less than 4%. The end results of the study were remarkable in many ways. The Standard group as opposed to the Sham group attained increased results in egg retrieval and maturity, fertilization, endometrial thickness and pregnancies (chemical, clinical and ongoing). The Standard group also showed a significantly lower amount of gonadotropins (injectables) necessary for the cycle.   The conclusion; Acupuncture helps assist and sensitize the patient to ART medications resulting in less of them and in this particular study a 70% pregnancy rate was achieved in comparison to only 25% success in the Sham group.

Also, worth mentioning, Acupuncture plays a role in Stage 4 follicular recruitment, what that means is even though you may have a low antral follicle count, low AMH or have been told you have a low ovarian reserve, it could mean the issue lies in, not the number of follicles, but the development of these follicles are compromised (leading us back to issue of plentiful Yin). Acupuncture can assist with this development.

In conclusion, Acupuncture is useful in assisting ART in many, many ways. Put simply, it increases blood flow to the reproductive organs causing an optimal environment. You can safely use Acupuncture through all phases of your journey, in preparation of IVF (recommended at least 3 months prior), ovarian stimulation, pre and post transfer, throughout the first trimester for continued nourishment of the embryo and for labor induction.

Find a licensed acupuncturist who specializes in reproductive medicine at www.aborm.org

Christina Martin is a licensed Acupuncturist, Chinese Herbal Medicine and Functional Medicine specialist in the realm of reproductive medicine. Her clinic is in Berkeley, California. Find her at www.taotowellness.com

Reduction of blood flow impedance in the uterine arteries of infertile women with electro-acupuncture Human Reproduction vol.11 no.6 pp.1314-1317, 1996

What is a Dance Break?

Particular about the gender of your baby? (Berkeley Acupuncture)

Meditation isn't just for Monks... it's for the LA Lakers too!

Accidental Meditation: You are already doing it! (Berkeley-Acpuncture)

Dancing with the year of the Fire Rooster!
Scroll to top